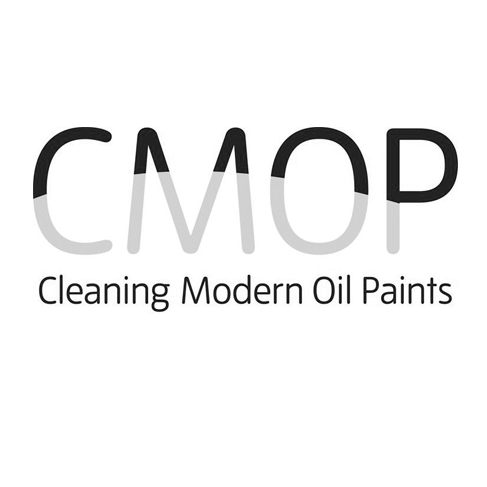 The Modern Paint Damage Atlas has been created by Julia Mauny-van den Burg.
Unless otherwise stated, the images are copyrighted by RCE Art Collections and Julia Mauny-Van den Burg.

Numerous colleagues of the RCE and in the field of conservation and restoration have participated by giving their feedback on the contents of the tool, most notably during the ‘Picture meeting’, held in Amersfoort, 27 January 2017.

feedback
Do you have questions about ‘Modern Paint Damage Atlas’? Tips, remarks or other feedback on the website or specific about the Paint Degradation Identification Tool? Please contact Klaas Jan van den Berg.

20th Century paintings are a dynamic field for conservators, curators and conservation scientists. Questions regarding the readability of paintings, experience and the artist’s intent, go hand in hand with material-technical and conservation issues, even more so than with traditional works of art. How is the visual surface affected by the material composition? What are underlying causes of the changes we can observe in paint and therefore in the artworks? And to what extent would current conservation techniques be able to slow down, halt or reverse unwanted changes?

Meetings, conferences and symposia such as ‘Issues in Contemporary Oil Paint’ (RCE, 2013), and ‘Conference on Modern Oil Paintings’ (Rijksmuseum, 2018) highlighted the urgent problem that knowledge is still lacking for answering these questions in a comprehensive way. Furthermore, it became clear that, whereas the optical and physical-mechanical condition of a painting may be partially affected by the materials used, the environmental context plays a crucial role as well.

In May 2015, a roundtable with various active parties in the field of conservation of modern paints led to the proposal for an online database regarding different aspects of modern paints. An inventory showed that several databases already existed with various definitions of paint degradation phenomena. However, none of these focussed on modern paints nor did they explain the degradation phenomena sufficiently by using images that clarified the text. Hence, it was decided that for the current tool visual identification as well as naming and defining the degradation phenomena would be the main aims. Each phenomenon is explained in the text and the most likely causes of damage as well as potential treatments are listed. Case studies, preventative methods and a current state of research (including literature references) are accompanying the images of each phenomenon. A separate section regards water sensitivity of modern paints, which cannot visually be identified, but is one of the main issues currently confronting conservators with modern oil paints.

Ongoing projects
The research, which started within the programme ‘Erfgoed van de Moderne Tijd’, is now part of the programme ‘Heritage of the 20th Century’ (Erfgoed van de 20ste Eeuw), in which RCE again works closely together with national and international partners. Within this programme existing tools such as the Modern Paint Damage Atlas and other tools are fostered and will be further developed. See the links on the right for relating tools and websites.